The main Hawaiian Islands were primarily covered in forest prior to the arrival of humans. An incredible diversity of plants and animals lived throughout the islands free of disturbance. On Maui, a host of flightless ducks, geese, ibis, and rails ran around in the understory while dozens of songbird species darted around the treetops. When the first humans arrived in Hawai‘i, they cleared much of the lowland, dry and mesic forest for agriculture and other activities. This drastic habitat alteration led to a wave of extinctions in plants and animals, particularly those specializing on these lowland habitats. Following this first wave of destruction, however, Hawaiians left much of the upper elevation forests alone choosing only to enter the wao akua for specific ceremonial purposes.

A second wave of habitat loss and extinctions came following the arrival of Europeans and the introduction of domestic ungulates (hoofed mammals). In addition to habitat destruction done by ungulates, ranching and logging has also taken its toll on native forests. It is now estimated that only 40% of Hawai‘i is dominated by native vegetation and a smaller fraction is unaffected by invasive plants and animals. Although we still have native forest in some areas, much of this is a single habitat type, wet montane forest. Less than 10% of mesic forest and 3% of dry forest remains. With the loss of these habitats, the organisms dependent on these environments also disappeared. We only know of the existence of many species from subfossil remains found in lava tubes and sand dunes. Although a lot of effort has been put into protecting the remaining native forest, protecting these areas will require continued efforts to remove invasive plants and animals.

Past Ecosystems Across Maui 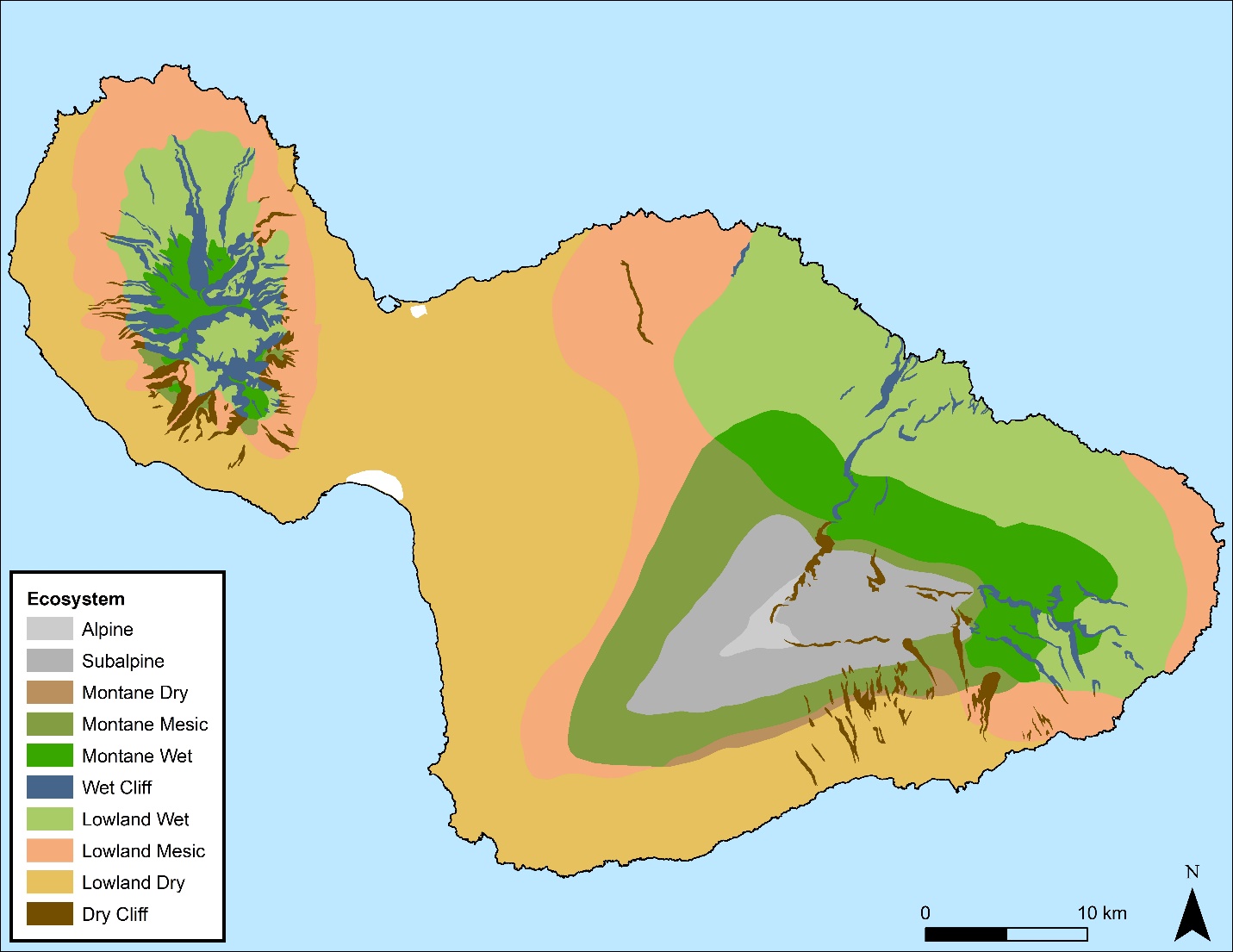 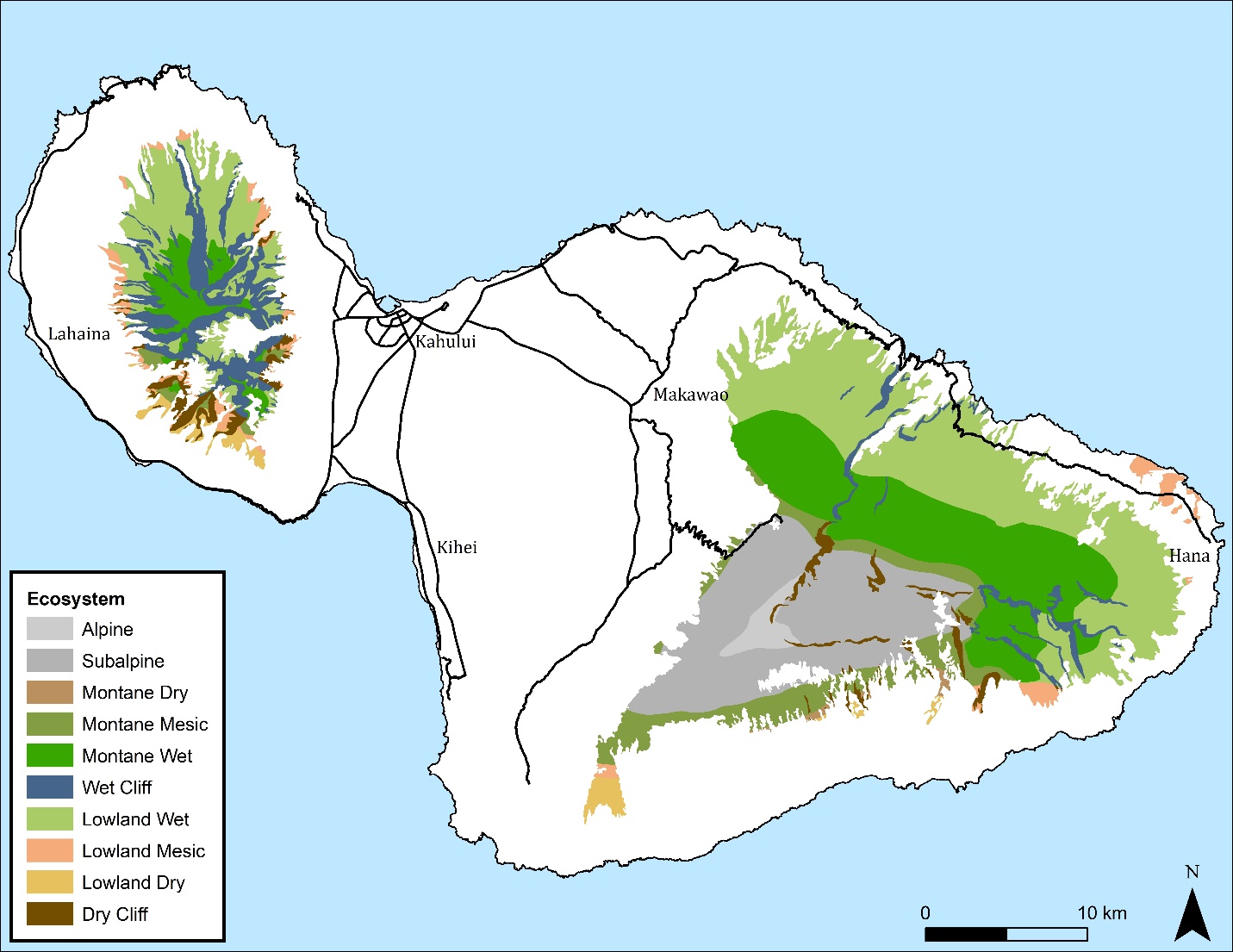 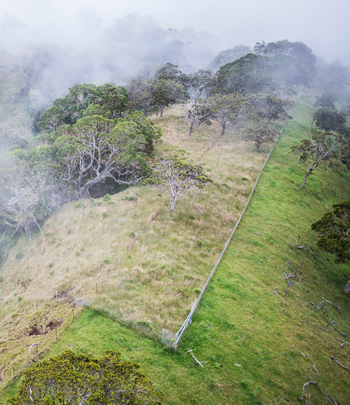 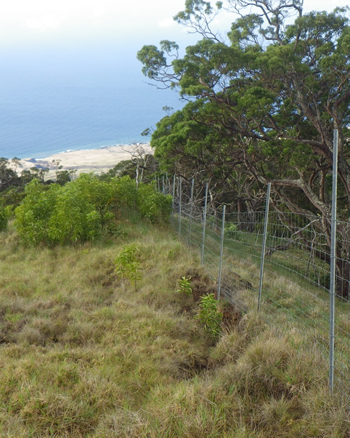 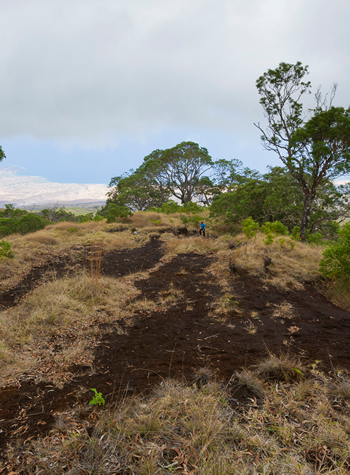