The Small Indian Mongoose (Herpestes javanicus), a native of Asia, was introduced to Hawai’i in 1883. The mongoose was brought over to control rodent populations in the Hawaiian sugar cane fields. The introduction resulted in a slight reduction of rodent numbers but failed to have a significant impact on these populations.

On Maui, mongooses can be found from sea level to the summit of Haleakalā (10,023 feet). Stomach contents of mongooses trapped in Hanawi Natural Area Reserve on northeast Maui suggest that they feed primarily on rodents and insects. Many instances of depredation on eggs, fledglings, and adults of native birds have also been recorded. They’ve been seen climbing trees and attempting to prey upon native birds in an ʻōhiʻa trees. ‘Apapane nest depredations have also been seen in The Nature Conservancy’s Waikamoi Preserve.

Effective predator control of these animals helps to alleviate their impact on forest bird populations. 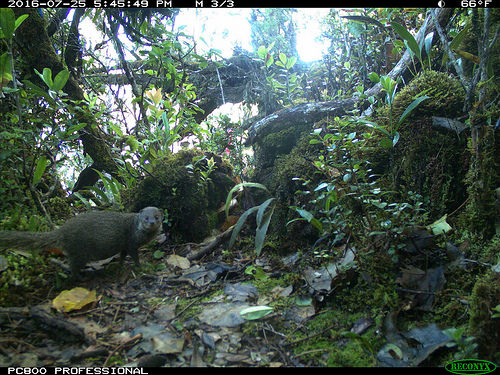 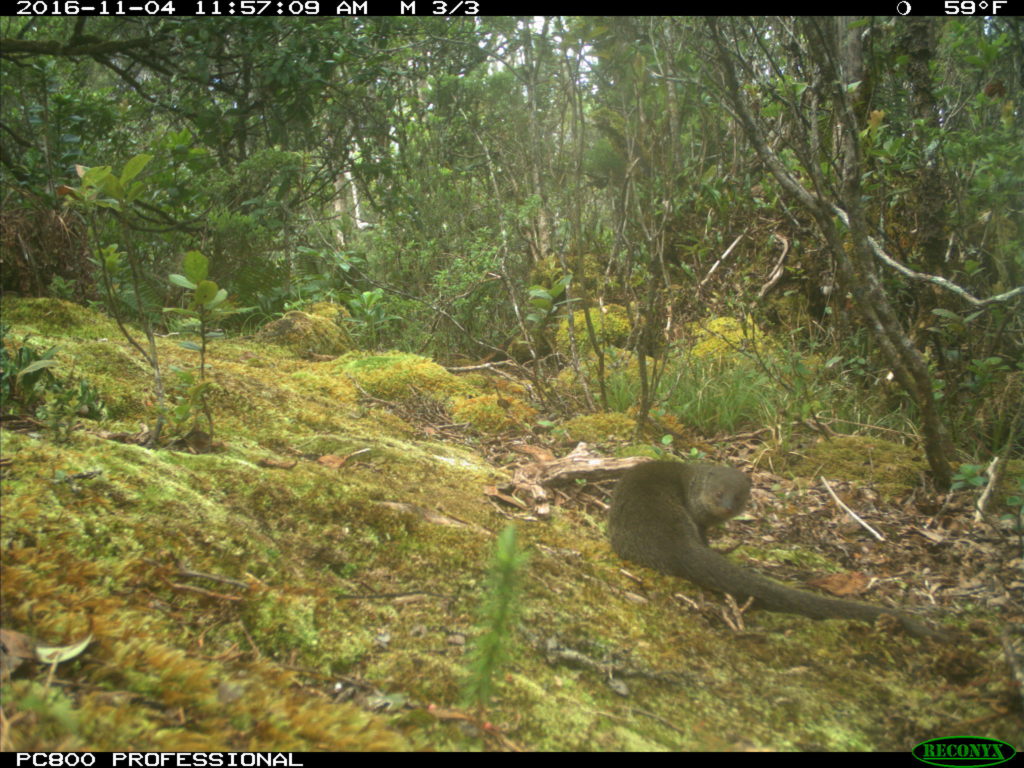