In avian research and conservation, GIS is a powerful tool for studying bird distributions, population densities, home range characteristics, and habitat quality. With GIS we can map where birds are most active, home range sizes and overlap, and where birds build nests. We can better visualize the types of habitat where birds are most successful and locations of food sources and endangered/rare plants used by native birds.

We use GIS to map the activities of banded Kiwikiu to determine the density of breeding pairs within a portion of Hanawi Natural Area Reserve and The Nature Conservancy’s Waikamoi Preserve. We used GIS to model the effects of climate change on movement of malaria upslope and probable decline in forest habitat for endangered native birds. Our habitat management efforts also incorporate GIS techniques to map fences, areas where we are conducting small mammal control, and habitat threats such as the appearance of new invasive species. We also use GIS to plan and monitor outplanting and other forest restoration activities. From this tool we can measure the area of restored forest, track individual plants, and estimate current tree canopy coverage at restoration sites.

GIS is very helpful for creating colorful and clear visual illustrations of our work for seminars, posters, and public outreach programs. It is a big improvement in clarity and accuracy over hand drawn maps, which were the norm prior to the advent of GIS.

GIS also makes it easier for us to share data with other scientists in order to collaborate on various conservation efforts and evaluations throughout the Hawaiian islands.

Below are two examples of MFBRP GIS maps. In the first we used GPS points of color-banded bird re-sights throughout our 2013 breeding season to map where pairs were located as well as their nests. Each color dot represents a GPS point that was taken when the bird(s) were seen. The color polygons then represent each pair which includes all of those points. These can then be considered general “home ranges” of the pairs. In the second, we have point-count transects mapped across Nakula NAR to monitor bird population changes. 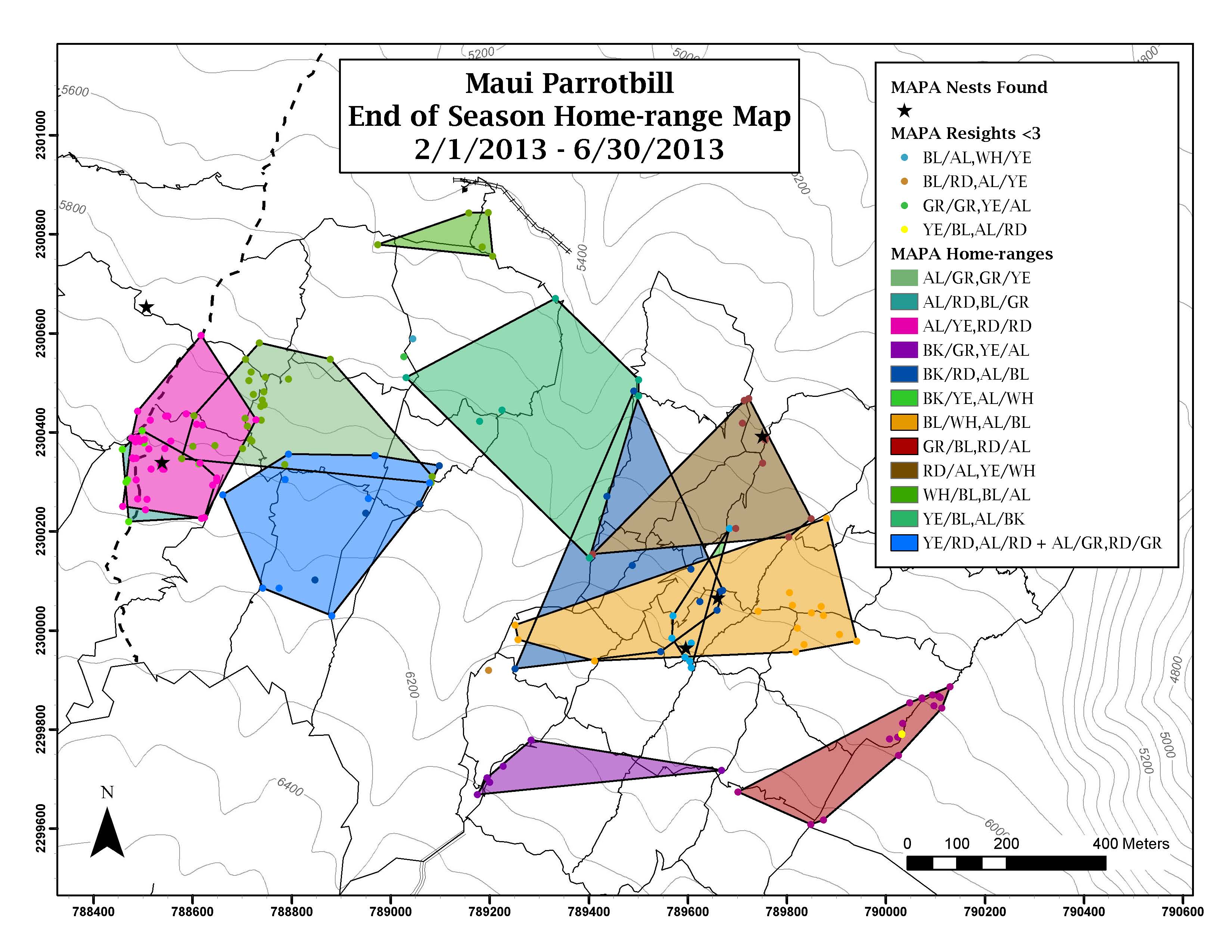 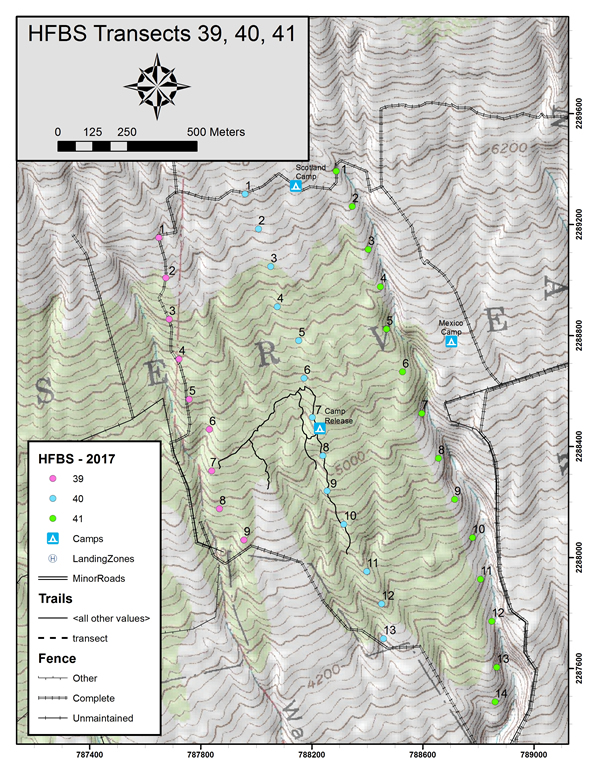